Syracuse University is part of the Upstate Louis Stokes Alliance for Minority Participation (ULSAMP), a partnership between five four-year institutions and two community colleges in Upstate New York: Clarkson University, Cornell University, Monroe Community College, SUNY Onondaga Community College, Rensselaer Polytechnic Institute, Rochester Institute of Technology, and Syracuse University. The mission of ULSAMP is to develop the next generation of innovators and grow a workforce highly qualified for a knowledge-based economy that is representative of our nation’s demographics.

ULSAMP is a part of the National LSAMP program and is supported by a grant from the National Science Foundation HRD-1712733. 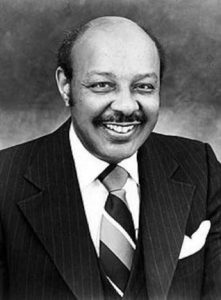 When Louis Stokes retired in 1998, he became the first African American in the history of the U.S. Congress to have completed 30 years in office. Stokes also served as vice chairman of the PEW Environmental Health Commission at the Johns Hopkins School of Public Health and was appointed by former Health and Human Services Secretary, Donna E. Shalala, as chairman of the Advisory Committee on Minority Health.