The program award grants to institutions of higher education for projects designed to prepare participants for doctoral studies through involvement in research and other scholarly activities. Eligible McNair participants are college juniors and seniors from disadvantaged backgrounds who have demonstrated strong academic potential. Institutions work closely with these participants through their attainment of a baccalaureate degree, provide scholarly activities to encourage their entrance into graduate programs and track their progress to successful completion of advanced degrees. The goal of McNair is to increase the attainment of the Ph.D. by students from underrepresented segments of society.

The Ronald E. McNair Post-Baccalaureate Achievement Program (McNair Scholars Program) is a federally funded TRIO program. TRIO programs serve and assist low-income, first generation and disabled students through the academic pipeline from middle school through post-baccalaureate programs of study. These programs are educational opportunity outreach and support programs designed to motivate and encourage students from disadvantaged backgrounds. The Ronald E. McNair Post-Baccalaureate Achievement Program, authorized by congress in 1987, commemorates the tragic death of the astronaut Ronald E. McNair, Ph.D., who lost his life in the Challenger shuttle in 1985. The first competition for McNair program, held in 1989, funded 14 programs. Over the past 29 years, the program has grown to 187 projects serving approximately 5,300 students nationwide. 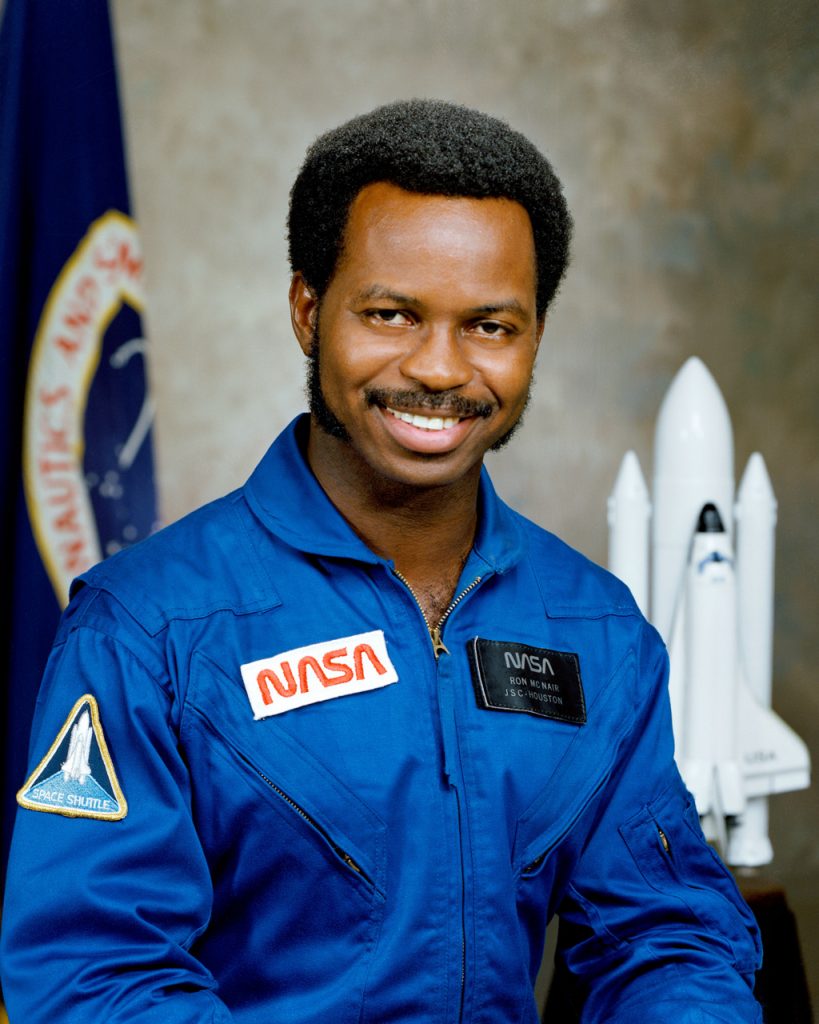 The McNair Post-Baccalaureate Achievement Program commemorates Ronald E. McNair, who lost his life in the 1986 explosion of the U.S.S. Challenger space shuttle. An innovative laser physicist, researcher, and NASA mission specialist, Ronald Ervin McNair, was born October 21, 1950 in Lake City, South Carolina. In 1971, he received a Bachelor’s degree in physics, magna cum laude, from North Carolina A&T State University. In 1976, he received his Ph.D. in physics from the Massachusetts Institute of Technology becoming nationally recognized for his work in the field of laser physics. He received three honorary doctorates, a score of fellowships and commendations; achieved a black belt in karate; and was a performing jazz saxophonist.

In 1978, McNair was selected as one of thirty-five candidates from a pool of more than 8,000 for the NASA astronaut program. He flew on STS-41-B aboard Challenger in February 1984, as a mission specialist becoming the second African American to fly in space.
On January 28, 1986, Dr. McNair died doing what he loved, when his second Challenger shuttle mission, STS-51-L, exploded 73 seconds after launching from the Kennedy Space Center in Florida. The shuttle was nine miles above the Atlantic Ocean when it exploded. All seven crewmembers perished. Posthumously awarded the Congressional Medal of Honor, Dr. Ronald E. McNair’s legacy continues to inspire youth, scholars, and colleagues.