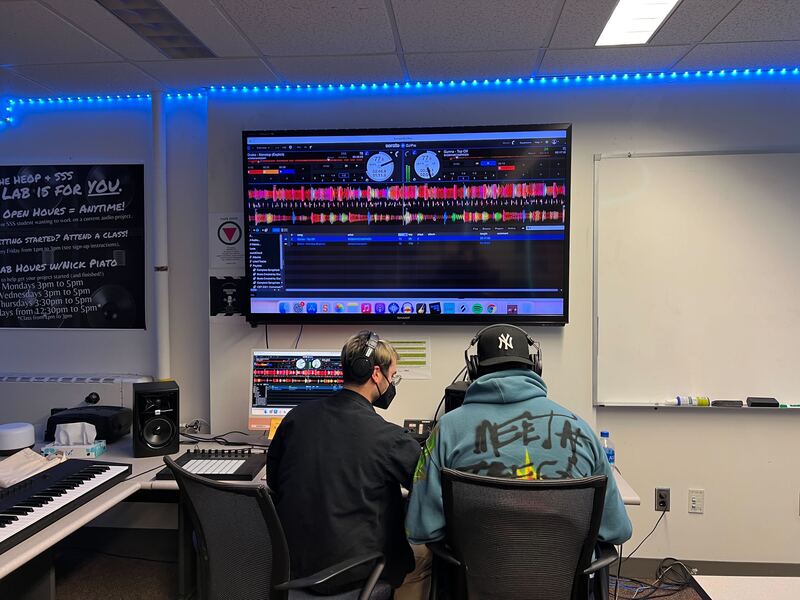 Students are able to use the equipment in the audio lab during their open hours on Mondays from 1-5 p.m., Thursdays from 4-5 p.m. and Fridays from 12-5 p.m.

Gustavo Eumana always knew he wanted to get into music. A senior at Syracuse University, Eumana has an ear for beats and music compositions, but he never had access to production equipment.

“I hadn’t done it before, because I didn’t have the equipment,” Eumana said, “I would just be in my room or like … on the train or something listening to music. I would just tap my fingers on my (knee) and I’ll try to listen to the beat — I’ll pretty much try to deconstruct the song in my head.”

Since getting involved in the SENSES Project, which stands for Studying an Environment that Nurtures Self-Exploration in Students, Eumana has been able to produce his own beats, and so have others. The SENSES Project, housed in the Office of Supportive Services at SU, is an initiative dedicated to providing students part of Higher Education Opportunity Program (HEOP) and Student Support Services (SSS) at SU access to high-quality equipment and lessons for music production and podcasting.

“It’s nice to be able to just come here and do what I like doing,” Caleb Aguirre-Leon, a freshman at SU, said. “I love making music and being able to just not have to … be conscious about every single thing that you do. Because here, it’s like I can make mistakes.”

The SENSES Project’s space has designated equipment for students to produce, play and mix music as well as a separate office for podcasting. Students are free to use the equipment in the Audio Lab during SENSES’ open hours on Mondays from 1-5 p.m., Thursdays from 4-5 p.m. and Fridays from 12-5 p.m.

Nick Piato, a music education graduate student and Educational Assistant for the SENSES Project, occupies the Audio Lab during those times. Piato is focused on incorporating students’ interests in modern music to the work he does in the Audio Lab.

“It’s less of a classroom environment … (and) more of open lab hours,” Piato said. “It’s more project-based kind of learning. So I’m just there to like, facilitate the technology and kind of help guide those goals, but it’s often times pretty hands-off.”

The project places great importance on the modernization of music education, encouraging students to create work they are proud of and interested in. Eumana loves using samples to create R&B-inspired beats, whereas Aguirre-Leon prefers utilizing his guitar to create lo-fi tracks.

For both students, the Audio Lab served as a space for unbridled creativity, the momentum of which Eumana is riding to create an EP. Aguirre-Leon has already released a track on the SENSES Project’s SoundCloud. 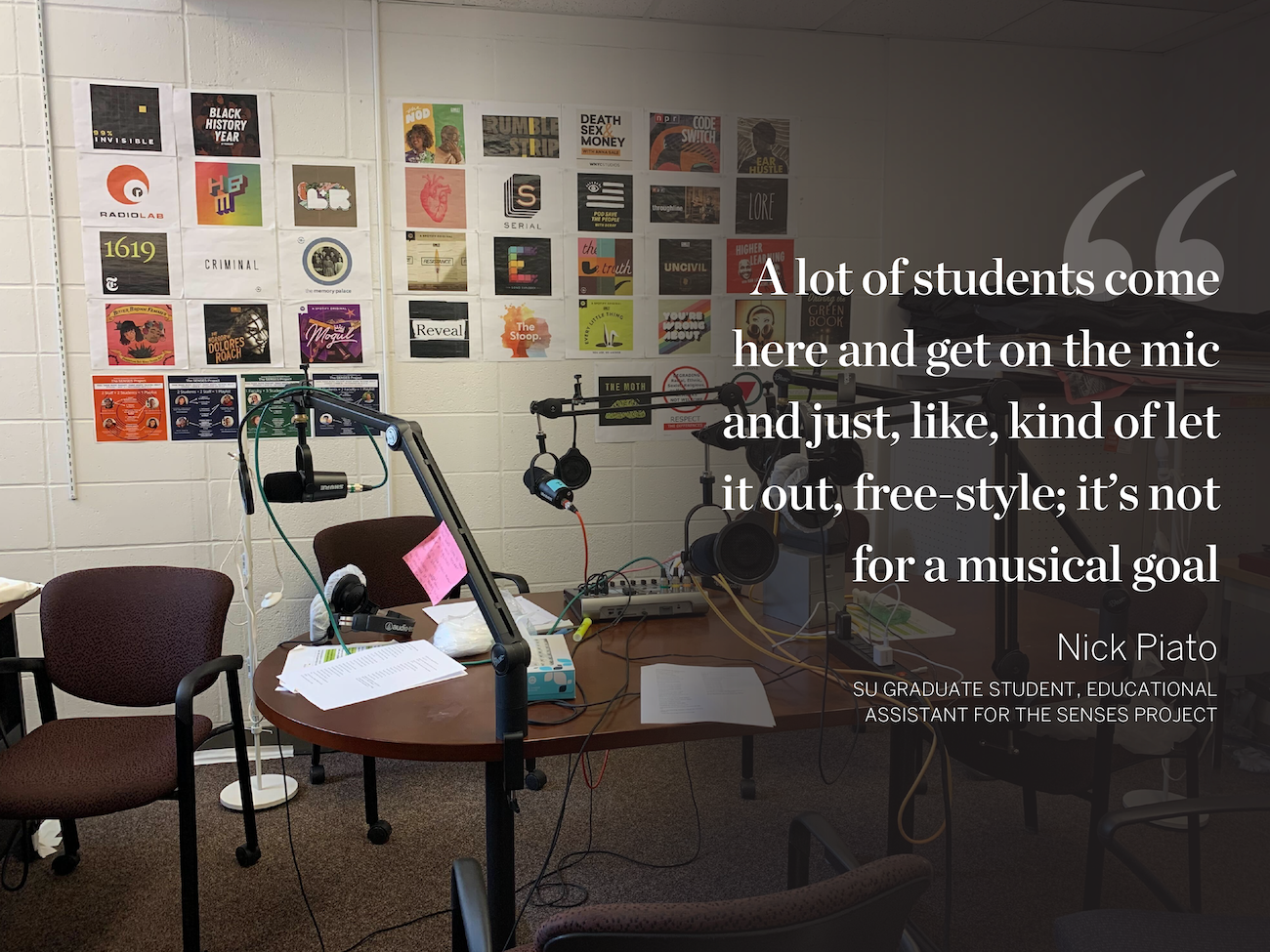 SoundCloud is also home to another SENSES-based project, SongShare. Hosted by a rotating cast of HEOP and SSS students and staff members, the podcast is dedicated to having open conversations about a selection of four songs.

The first episode features a breakdown of “Prayer” by Kendrick Lamar, “Killing in the Name” by Rage Against the Machine, “Woman” by Doja Cat and “Talkin’ Bout a Revolution” by Tracy Chapman, as selected by Piato and Amy Messersmith, who hosted the first episode. Messersmith, in addition to hosting the inaugural episode of SongShare, also serves as the associate director of SSS and founder of the SENSES Project.

Messersmith had the idea to create SENSES after attending a public webinar hosted by Texas State University in December 2020. During the seminar, Messersmith heard about the work conducted by Raphael Travis, an associate professor in the School of Social Work at TXST, who researched the mental health impacts of students creating music.

Messersmith, inspired by Travis’s findings, realized she could implement a similar program at Syracuse specifically for HEOP and SSS students.

“What we do is really powerful, and it works,” Messersmith said. “One of the things that we’re most proud of with the SENSES Project is the speed at which it happened. So from conception in December (2020) until, you know, funded in May (2021), and then up and running by July (2021), it’s just been really exciting.”

From its quick startup to now, the SENSES Project has aided countless students in their musical journeys. By providing guitar lessons and teaching the fundamentals of programs like SoundTrap, the project’s mission of providing HEOP and SSS students a creative outlet is in full swing.

In addition to collaborating with more on-campus organizations, Messersmith said she is looking forward to implementing summer opportunities for HEOP and SSS students.

Piato, too, said he is looking forward to expanding the SENSES Project. He sees the value in music production and podcasting as going beyond a creative outlet.

“Being able to create just has … so many rewards,” Piato said. “Not just musical goals, but linguistic possibilities, therapeutic possibilities. So, a lot of students come here and get on the mic and just kind of let it out, free-style; it’s not for a musical goal. … There’s so many ways to look at this sort of program.”

Original feature published in the Daily Orange by  Sophia Moore on Tuesday, February 15, 2022, and can be found here.